England have just completed their first warm up game in Sri Lanka. And the good news is that is wasn’t a disaster. In fact, it went rather well. We didn’t win the 3-day game against a Sri Lanka Cricket XI but as a warm-up it ticked most of the boxes.

The first thing to say is that the Sri Lankans put out a reasonable XI. This is always a relief. Some countries deliberately field teams full of kids, has beens, and never wases to make sure that the touring team gets little meaningful practice whatsoever. However, it looks like the Sri Lankans were prepared to take the game relatively seriously. Thanks fellas.

Although the SL XI didn’t include a host of big names, they did select some of their best domestic cricketers, some genuinely talented young players, plus the spinner Malinda Pushpakumara who actually played in the Test series when England toured in 2018. The fact England were able to control the game to a certain extent, and were really never troubled, therefore bodes quite well.

The really good news is that all of our batsmen got some valuable time in the middle with the exception of Dom Sibley (and possibly Keaton Jennings). Even Jos Buttler got some confidence-building time in the middle. The real standout was young Zak Crawley who made a brisk 43 in the first innings and a near run-a-ball 91 in the second. He didn’t enjoy the best of times with the Lions down under so he probably needed a score here. He’s a very talented lad is Zak.

For those of you on Ben Foakes watch, the Surrey keeper made 27 not out and 24 not out. I found it interesting that Buttler batted higher than him in the first innings but Foakes was promoted above Jos in the second. They split the keeping duties. I wouldn’t like to predict who will play in the Test matches at this point.

Sadly the bowlers only had one opportunity to strut their stuff but nobody let themselves down. Broad and Curran bowled economically, Chris Woakes picked up 2-21 in 7 overs, and Saqib Mahmood also took a wicket. Nicely bowled lads. It’s a shame this wasn’t a 4-day game or they would’ve had another chance to stretch their legs tomorrow.

It strikes me that Woakes is at something of a crossroads in his career. He’s just turned 31 so he probably knows this is a key year. it could go either two ways (a) he bowls well, becomes a fixture in the side again, and finally fulfils his potential, or (b) he remains on the periphery and ultimately gets forgotten and replaced by a younger cricketer. I pray he can stay fit because injuries have disrupted his career enough already. 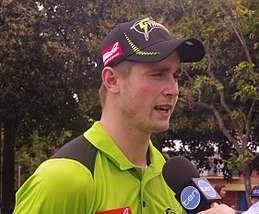 It’s impossible not to admire Woakes. This winter he worked hard on becoming more effective with the Kookaburra ball (something he never really had the chance to demonstrate), and now he’s bravely withdrawn from his IPL contract in order to rest ahead of the English summer. This suggests to me that he’s absolutely determined to give international cricket his all. Fair play to the guy. It can’t be easy leaving £150,000 on the table – the figure he was set to earn at the Delhi Capital Injections.

Perhaps the most encouraging news of the whole game, however, was the performance of England’s young spinners Dom Bess and Matt Parkinson. The former claimed 3-54 in 18 overs and the latter picked up 4-68 in 17.

It’s strange to think that Bess, a 22 year old with just 4 Tests under his belt, now seems to be England’s spin bowling banker. But with Jack Leach suffering all kinds of off-field misfortunes I think he probably is. Thankfully he looks like he’s got the chutzpah to cope with the pressure.

Parkinson, meanwhile, has been under a different sort of pressure. Because he was rarely used in either New Zealand or South Africa, whispers emerged that either the coach or the captain (or both) didn’t rate him. Indeed, he may not have made this trip if Moeen Ali had declared himself available.

Some people believe that Parkinson bowls too slowly to be successful at international level but I’m not so sure. It’s surely way too soon to say this with any certainty. And who says that every leggie has to bowl like Anil Kumble anyway?

Rather than trying to change Parkinson at this point, I think it’s important for him to focus on whatever comes naturally to him. Bowling leg-spin is hard enough without trying to add 5 or 10 mph at the same time. What’s more, I’ve always thought that character, intelligence, variation, and the revs one puts on the ball, are just as important as speed for a slow bowler.

Let’s just see how Parkinson goes before rushing to judgements. Taking 4 wickets in his first game on tour is an excellent start so let’s hope he can build on this. We shouldn’t forget that he’s expected to play a supporting role – like Adil Rashid did in 2018 – rather than leading the attack. I imagine he’s more than capable of doing that if England field three spinners.

So here we are again. England are back in Sri Lanka and it only seems like five minutes (rather than 14 months) since Joe Root and the lads were last over there. The big question is whether we can expect the same result? I think most people expected England to lose last time. The thought process went like this: Sri Lanka have lots of spinners and English batsmen can’t play spin. But the professional pundits, the armchair experts, and worst of all those idiot bloggers, got it completely...

Today only one line of questioning is pertinent. Do you like horses? And if you like horses do you fancy them on particular courses? If your answer is ‘yes’ then you’re probably a fan of Keaton Jennings’s recall and consider Ed Smith a kindred spirit. If, like me, you don’t bet on horses and wouldn’t even look at a horse kebab in a Parisian deli, then you probably think his recall is as barmy as blending marmite into strawberry yoghurt. Now don’t get me...