Morning everyone. It’s James here. I’m temporarily back to comment on England’s victory in the 1st Test against Sri Lanka. You can’t ask for much more than a 7 wicket win away from home – even if the hosts didn’t wake up until the third day.

Now before I get into the nitty-gritty, I have a quick confession to make. I didn’t watch all of the Test match. In fact, I missed most of it. One of the reasons that I’ve scaled back my involvement with TFT is the demands of a young family (as well as work commitments). Consequently, while Jack Leach was ripping through the Sri Lankan lower order yesterday, I was playing Lord Of The Rings Risk. Sigh. However, I was following the action as much as I could via my phone so I got the general gist.

The game was obviously defined by how poorly Sri Lanka batted on day one. They were sloppier than a melting Mr Softy. However, I’m not entirely surprised given that they were playing in South Africa as recently as last week. They probably didn’t know whether they were coming or going. The schedule seems ridiculous. The lack of preparation (and adjustment time) is certainly reducing standards. Not that the Sri Lankans didn’t contribute to their own demise.

The story of the first innings from England’s perspective was Dom Bess’s 5-fer. On first inspection this seemed like great news … until I saw the actual wickets. WTF? Bess will never take an easier five wicket haul. More about him later.

England’s first innings was actually a bit of a mixed bag. Root was exceptional. Bairstow was good. Lawrence was composed and looks a decent player of spin – batting against Simon Harmer in the Chelmsford nets must help – but the others were disappointing really.

Is this the start of big things for Joe? I certainly hope so. However, his technical problems in recent years have come against good pace bowling not spin. He’s always been a pretty solid player of spin because he’s light on his feet and, of course, he’s an extremely talented guy. We’ll have to wait and see if this innings is a turning point.

It’s worth remembering, of course, that Joe’s last big knock for England came in New Zealand on the most benign surface imaginable i.e. a pitch that nullified the seamers. Consequently, I’m yet to be convinced that the old Root is back. Having said that, scoring a double hundred in any conditions (especially when so many of your colleagues have struggled) is a fantastic feat. Joe held England’s innings together brilliantly in Galle and we may have lost without him. 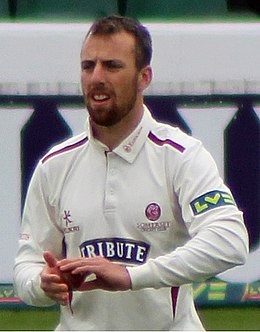 As for England’s bowlers, it was steady eddie stuff really. The seamers, especially Stuart Broad, stuck to the task as well as could be expected on the dead Sri Lankan wicket. All eyes were obviously on the spinners though.

There was much gnashing of teeth on social media when Sri Lanka started to climb their way back into the game in their second innings. And it’s true that our bowling didn’t look particularly dangerous. However – and this is a big however – it’s really harsh to judge any bowler, let alone a pair of relatively inexperienced spinners, on one game when they haven’t played for so long. It takes time to find a rhythm.

Consequently, I was absolutely delighted when Jack Leach finally began to find his feet. He’s a decent bowler and England should invest in him.

Leach will never be a world beater. He’s no Shane Warne, Murali, or Saqlain. And he’ll probably never delight purists in quite the same way as Phil Tufnell (although he’ll probably finish with better career stats). However, there are very few world class spinners around. Most teams have to rely on guys who are accurate enough, and canny enough, to provide control when it’s not turning and then take wickets when conditions suit. I think Leach is easily good enough to fulfil this traditional role. What’s more, I believe he can improve IF he’s managed the right way.

Bess, on the other hand, is a curate’s egg at this point. Sometimes he genuinely impresses me. And other times he makes me want to tear what’s left of my hair out (which is just my vellus hair if I’m being honest).

I can see why England like Bess. He’s a good cricketer; he can bat; and he’s energetic in the field. However, he needs to find a more consistent length. One hopes this will come with more game time. I suspect, however, that England will rush Moeen back into the side at the first opportunity.

The final thing I’d like to mention is England’s travails at the top of the order. The openers could prove problematic this winter. Sibley is an admirable batsman but he’s not the best against spin. He’s not exactly nimble or light on his feet like Root, and his hands can look heavy too. This isn’t a good combination. However, he’s a battler and we shouldn’t write him off if he does indeed struggle this winter.

The problem, of course, is that England are short of options. Rory Burns will inevitably return. However, much as I like Burns, he’s not a particularly adept player of spin either. Therefore, England may end up thinking outside the box.

I’m less concerned about Zak Crawley, as I believe he’s too talented and intelligent not to work things out, but neither do I want to move him around the order. I liked him at 3 and it’s a shame he’s been shunted up a spot presumably to accommodate Bairstow and / or cover for Burns. It’s a tough one to figure out though.

Maybe we’ll see a surprise at the top of the order against India? With Lawrence looking composed on debut, and Ollie Pope and Ben Stokes set to return at some point, England have more middle-order options than there are words in Ed Smith’s copious vocabulary. I wouldn’t be shocked if one of them finds themselves facing the new ball.