It wasn’t long ago that Gareth Southgate was giving advice and inspiration to England’s cricketers. Little did we know, at the time, that our footballers would’ve been better off listening to our cricketers. If the FA want an inspirational man-manager to lead the nation into the Euros in 18 months’ time, they could do a lot worse than hiring Brendon McCullum. They might also consider Ben Stokes on the bench to take any crucial penalties. These two can do little wrong at the moment.

The result in Multan this morning was just further evidence of a terrific turnaround in our Test team’s fortunes. Yes, it was touch and go at times, but we wouldn’t want life to be boring, would we? What’s more, the game was only close because the pitch seemed to get flatter as the game went on. Batting first was therefore probably a disadvantage in this particular contest.

There were times during yesterday’s play when getting wickets looked almost impossible. There was precious little turn for our finger spinners, no pace for Wood to exploit, and Saud Shakeel and Imam-ul-Haq looked serene. The only wickets seemed to come from miracles balls. Hardly anything was beating the bat.

Lesser England teams probably would’ve given up at this stage. They’d have rued their luck, had a sulk, and saved their energy for the next game. However, the current XI seem to conjure wickets from nowhere when they really, really need them. I guess it’s down to belief – something we’ve rarely had in the past. I never doubted that we’d win, either. It’s just what this team does.

Of course, this victory comes with the usual caveats. We threw away some wickets with poor shot selection when we could’ve / should’ve batted Pakistan out of the game in the second innings. And obviously there will be much tougher Tests ahead for BazBall, particularly in next year’s Ashes series. If you bet on cricket then you’ll know that Australia are still big favourites with the bookies to retain the Ashes despite England’s recent form. The subsequent tour of India will probably be even tougher. If this attacking strategy comes off against Ashwin and Co in their own backyard then it really would be something special.

While we’re waiting for these sterner tests, all we can do is wonder where this amazing transformation has come from? This is, after all, pretty much the same group of players. Harry Brook has played magnificently – a real star in the making – but it’s not like Jonny Bairstow wasn’t scoring runs before Brook’s arrival. Meanwhile, the runs have temporarily dried up for Joe Root. We used to rely on our ex-skipper completely – we’d struggle to make three figures without him – but now runs are flowing aplenty from the top, middle and lower orders. It can hardly believe it.

The big question, of course, is where this leaves Andrew Strauss’s High Performance Review? We shouldn’t forget that our suboptimal domestic structure still isn’t geared towards developing Test batsmen. But does it really matter if, in the modern era, attacking players are so skilled that they can still thrive anywhere, at any time, anyway?

Basically, I don’t know what to make of the situation. Are Stokes and McCullum saving the counties, by proving that there’s still plenty right with our domestic game, or are they papering over cracks that will inevitably re-emerge again in the future when the decline behind the scenes may have become irreversible? I really haven’t got a clue. And I don’t think anyone else does, either.

It’s safe to say, however, that the current XI’s heroics will probably give the status quo a stay of execution. And that includes The Hundred too – although I’m hopeful that Thompson and Gould might find a way to shorten it and bring some championship cricket back to summer. I fully expect, therefore, that Strauss’s review will soon be consigned to the dustbin and never mentioned again.

Anyway, perhaps these existential questions are for another day. For now, I’m just going to enjoy today’s win while it’s still fresh. England have taken 20 wickets again on an overseas pitch that was (in the end) very good for batting.

And now, with the series in the bag, we can debate trifling but enjoyable selection issues instead. For example, should England give Rehan Ahmed a game in the third Test? After the success enjoyed Abrar Ahmed in this game, it would be nice to say to Pakistan, “anything you can do, we can do better”. 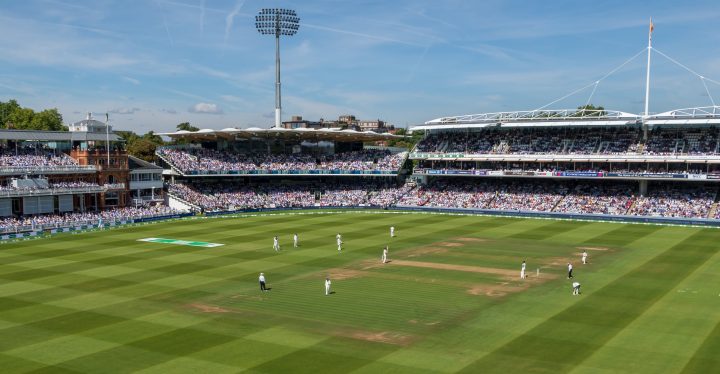 Yes, we shouldn’t go over the top. Our media constantly builds young sportsmen up only to knock them down. But surely it’s OK to get just a little bit excited, eh? England’s win in Karachi, which secured a 3-0 series whitewash, was pleasing in so many ways. However, the performance of 18-year old Rehan Ahmed, who became the first England bowler with parents younger than me to take a five-fer in Test cricket, was by far the biggest talking point. Of course, we’ve picked young leg-spinners hoping...

Well, I’m astounded, gobsmacked, dumbfounded, and totally stunned. I never thought I’d see a team score at seven runs per over across two innings of Test match. I just didn’t think it would be possible. And yet, here we are, struggling to comprehend a victory that turns everything I thought I knew about Test cricket on its head. Now, I’m not going to pretend that BazBall will work every time. But it’s already working a lot often more than I thought it would. And it’s also accomplishing more...

Read on44 comments
The Full Toss