Abhijato returns with a look at Joe Root’s resurgence in Sri Lanka. Is he back to his best? And can he lead England to victory against India?

Joe Root has certainly never been bad. But before this month he hadn’t exactly been brilliant for a long time either. While Jonny Bairstow has been polarising supporters, and Ben Stokes has been pulling off miracles, Joe Root has spent recent years by being, well, Joe Root – a batsman generally considered world class but falling short of the so called ‘big three’.

Root lured in fans with his charming strokeplay in his early years, convincing many along the way that he was going to become England’s greatest recent Test batsman. He is decent at white-ball cricket too – he has a T20 World Cup masterpiece on his CV plus 50 over runs aplenty. But then, along with the burden of an entire sporting world’s expectations, he was passed the baton of his country’s Test captaincy.

His struggles since then have been well-documented. His falling head which complements his quintessential flick shot has been dissected so many times that one may be forgiven for thinking that he gets out in similar ways too often. A reading of his numbers will tell a casual onlooker the truth – his average has hovered below 50 for a while now, and that’s not quite good enough for a player of his undoubted calibre.

Root’s non-conversion of fifties was another reason to revoke his license to the Fab Four. Although this exclusive group is a somewhat arbitrary invention – it’s not, as some apparently believe, an official club where the world’s best willow-wielders hang out after stumps – it’s interesting that there’s never been any doubt as to whether the other members of the gang truly belong. The only question mark has been above Joe.

The other three – Steve Smith, Virat Kohli and Kane Williamson – have consistently done justice to their talent. The Kiwi skipper comes closest to Root in terms of temperament and talent but whereas Williamson soared to the top of the batting charts, and his side – fuelled by the world’s most limited resources – rose to the top of the Test world rankings, Joe Root slipped into a rut where he couldn’t even get going against either the West Indies or Pakistan last summer.

While Williamson does not get enough attention from the media, one could argue that Root has had too much. Yes, he plays in the toughest batting conditions in the world. And yes, No.4 is relatively a cosy place to bat from. But one would expect more from an experienced player often touted as one of the world’s best. The match-winning innings have generally eluded him since he became captain. And that’s the entire problem, isn’t it? 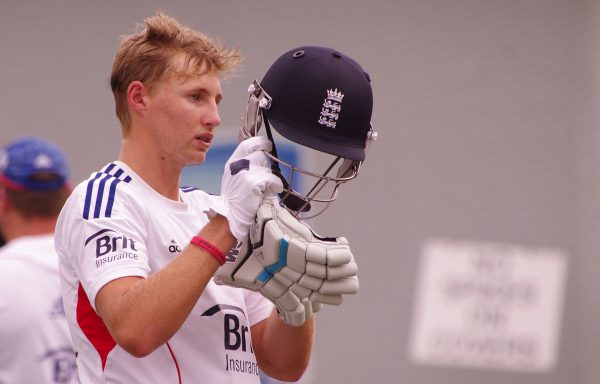 When Root embarked upon England’s winter tours in 2020/21, he was under as intense scrutiny as he’s ever been, especially after losing his place in England’s T20 plans. But then came Galle. And then another superb hundred in the second Test against Sri Lanka. Is Joe Root finally back to his freewheeling best? The flicks, the sweeps, even the occasional drives – everything was on the table again as he motored through these innings and set up two important England victories.

That’s the thing about players like Root. Cliches like ‘form is temporary but class is permanent’ ring true. Brilliance is of many kinds, but when glimpses of it are shown by men as talented as the English skipper, it remains unparalleled. Almost every other batsman in the series had succumbed to the mysteries of the pitches or the perils of their minds. But there was Joe, as busy at the crease as he had ever been, keeping the runs flowing with no regard for the gravity of the situation or who was struggling at the other end.

For the longest time, it seemed that Joe Root’s prolific batting would drift into the abyss. A second big century on the trot finally suggests otherwise. Now the critics have been silenced, hopefully Root can sleep without the worries of the world on his shoulders. He can also take more regular breaks now that he’s not involved in international T20 cricket.

However, it must also be remembered that the current Sri Lankan side is not the greatest they have ever fielded. And it shows. Root will also have to lift his captaincy against a confident India side in the coming weeks. Unorthodox field placement, a below-par spin contingency, and rapid bowling changes might not work against the Indian side coming off their arguably their greatest series victory.

This upcoming phase of English Test cricket must be entered with caution. The India tour threatens to be a long one, where things could take a turn for the worse more rapidly than an Ashwin carrom ball sent down a fourth-day pitch in the subcontinent. Critics will also have their sleeves rolled up in anticipation once again. England’s flaws, after all, have not been entirely disguised by their skipper’s best efforts.

However, if there is one thing that the England team – and skipper Root in particular – could learn from India in coming series, it’s that heart and grit might just prove to be enough when the odds are stacked against you.

Root has always had this grit himself. And if he continues his excellent form, and the good vibes he creates permeate throughout his team, then there could be exciting times ahead.

Winning in India is improbable. But as India showed down under, improbable is not impossible.