Today we welcome new writer Sam Tomkinson to TFT. He’ll be writing a series of articles about fan favourites, forgotten men, or other county players with an interesting history. He kicks things off with a profile of James Hildreth. Is the Somerset stalwart the best batsman never to play for England?

In April 2011, I wrote an article for my university paper previewing England’s Test match summer. The team had just returned from the 2011 World Cup in India – another rollercoaster for our white ball lads – but the red ball team was in much better shape. In fact, they’d just retained the Ashes, on Australian soil, for the first time since 1987.

While supping on a £1.50 snake bite, the only real question was who should fill the number 6 batsman role after the retirement of Paul Collingwood. There were three names in the mix for me: Eoin Morgan (who went on to take the role), Ravi Bopara (who had three Test centuries to his name and offered another bowling option), and James Hildreth of Somerset. The latter had stoically amassed seven centuries in the previous summer and had toured with the EPP during the winter.

At the time, the selection of Morgan seemed vindicated. England went on to win both home series against Sri Lanka and then World No.1 India. Eoin made a respectable 348 runs at an average of 38.66, including a century at Edgbaston versus India as a side act to Sir Alistair Cook’s 294.

However, Morgan’s technique against the red ball – that crab like dip and foot twist more suited to Tiger Tiger than Test cricket – ultimately undermined his Test career. What he did next in ODIs is unarguable but red ball batting has never really been his forte. Therefore, by the summer of 2012, England were searching for a new number 6 again.

The focus now turns to our protagonist, James Hildreth of Somerset – a man who has regularly surpassed 1,000 runs a season in division one of the county championship; a man whose calm presence and cricketing nous are somewhat reminiscent of (an older) Kane Williamson. Hildreth had missed his chance in 2011 but at the age of 27 there would surely be more opportunities.

So Hildreth waited. And he waited some more. But the Test call up never came.

In 2015, Hildreth enjoyed another hugely successful season. He amassed 1,390 runs at an average of 53.46 to become the leading run scorer in England. However, a couple of fiery headed middle order batsman were establishing themselves in the England side instead: Jonny Bairstow and Ben Stokes, with their expansive play and youthful exuberance, were the preferred options at the time.

Ben Stokes’ all action approach and multi-dimensional facets made him stand out immediately. Meanwhile, Bairstow had been dismantling attacks for a couple of seasons and warranted his international selection too. However, was Bairstow the right option in hindsight? After all, he has a modest Test return (compared to his white ball prowess) and a technique that makes an in-swing bowler’s eyes pop out like a Disney cartoon. Perhaps Hildreth would’ve proved a wiser investment?

The Somerset man continued his fine form in 2016. He passed 1,000 championship runs yet again. However, he was now comfortably into his 30s and some might have considered selecting a thirty-something for England to be a regressive move. With his England hopes apparently dashed, two sub-par seasons followed and he disappeared from the international conversation – this time for good. 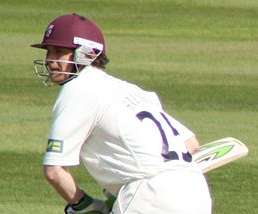 One wonders whether the COVID-19 crisis might just offer a glimmer of hope for Hildreth though. England are set to name a large squad of approximately 45 players for the international fixtures this summer. There will be a white ball squad and a Test squad. No player will appear in both squads at the same time. Could this open the door for fringe players or, in Hildreth’s case, a forgotten man to finally earn a call up?

Sadly I feel that the answer is no. And if it does happen then it will be far too late. Consequently I’d like to focus on why Hildreth has been ignored by successive selection regimes for so long.

Were there always better players ahead of him? I’d argue not. Hildreth’s domestic record is very good. It’s far superior to Morgan’s and about the same as Bairstow’s. Hildreth averages 42.5 for Somerset with a whopping 46 hundreds. Jonny averages 43.5 for Yorkshire with 24 hundreds. Meanwhile, England have given opportunities to plenty of batsmen with inferior county records. James Vince, for example, has played 13 Tests despite averaging under 40 for Hants.

Some argue that Hildreth has been ignored because he plays for Somerset rather than a county with a Test ground. Had he played for Yorkshire, for example, then he might have had an advantage. This is a constant grumble by supporters of smaller counties who believe they’re given a raw deal. Perhaps, but there have been enough cases to counter this – Zak Crawley, for example.

Interestingly it has been mentioned that Hildreth has shown frailties against the short ball. Having watched him face Fidel Edwards on a green top, his open stance might indeed be vulnerable to good test match bowling. Perhaps his time with the England Lions revealed a deficiency there?

There have also been accusations that Hildreth isn’t hungry enough. His decision to turn down the Somerset captaincy when Marcus Trescothick stepped aside certainly added fuel to this particular fire. Or was his softer demeanour – in comparison to the likes of Bairstow and Stokes – interpreted as a sign of weakness? Did the England camp perceive him as timid rather than calm? Looking at the fallout of the 2013/14 Ashes tour down under one wonders whether he might’ve been eaten alive in that particular England dressing room.

My own theory is that while Hildreth is certainly one for the purists, the selectors didn’t feel he was in line with the modern cricketer. Not as aesthetically pleasing as an Ollie Pope, or as crowd pleasing as a Jos Buttler, Hildreth could be seen as a mere accumulator in comparison. He certainly bats like a good old fashioned cricketer – even though he was more of a dasher early in his career.

Although Hildreth’s innings meander with serenity, one wonders whether this will bring the crowds in. Neither the casual fan nor inspiring child would laud Hildreth’s ability to rotate the strike and pick up 2s. There’s obviously nothing wrong this approach,of course, but England’s current chairman of selectors probably wants something more futuristic from his middle-order players.

Consequently, one wonders whether the timing has ever been quite right for Hildreth. England’s top 5 were so dominant back in 2011 that a more cavalier number 6 seemed logical at the time. And then, after the World Cup shambles in 2015, England were again searching for more modern and free scoring cricketers.

Whether the selectors’ approach was the right one is obviously open to debate. The white ball game is cyclical. New rules and ideas add new dimensions to the game. Test matches, on the other hand, haven’t changed anywhere near as much. The way to win is the same as it’s been for donkeys years – bat time, occupy the crease, and cash in later in the day.

Hildreth can therefore count himself extremely unlucky. Despite his solid white ball record, England’s selectors have always searched for sexier picks. They had no time for an evergreen batsman from a bygone era. It’s only now, when it’s too late for Hildreth, that the selectors are beginning to see the error of their ways.

One wonders what might have been for the forgotten man of English cricket.