Regular readers of this blog will know that I’m not an avid T20 watcher. I enjoy it sometimes but I’m a first class cricket bod first and foremost. However, in these crazy Covid times our cricket watching options have suddenly become rather limited. England wrapped up their home summer schedule on Wednesday, and there won’t be any county cricket next month, so what’s left to look forward to?

The answer – although traditionalists won’t want to hear it – is the 2020 IPL. With India currently suffering a coronavirus surge the tournament has been moved to the UAE where cases are relatively low (although they’ve creeped back up in recent weeks). This is good news for those of us who have, like me, decided that watching T20 cricket is far preferable to no cricket at all.

However, although the IPL is very much ‘on’, there still won’t be any spectators in attendance – which begs the question ‘how on earth will the IPL function without the usual razzamatazz’? After all, an IPL without cheerleaders and thousands of fans going nuts over franchises with dodgy names is much like a burger without fries, or cheese, or ketchup.

This IPL will also feel weird because it’s the only place where we’ll be able to watch England players for the foreseeable future. When the tournament’s staged in April and May there’s always some county cricket on; therefore those who prefer their cricketers wearing whites can focus on the county championship and forget about the shenanigans in India.

I fall into this bracket myself. I normally keep half an eye on the IPL, if only to see how the likes of Stokes and Buttler are getting on, but my main priority is to see which players are making waves at home. After all, players who start the season well can often find themselves in the running for Test recognition. This IPL will be very different though; therefore I’m inclined to give it more of a chance.

As I literally know diddly squat about this year’s teams, I’ve been trying to figure out who to support. This interview with Kevin Pietersen was a good place to start. KP’s abrasive commentary style isn’t to everyone’s taste but his T20 knowledge is second to none. He reckons Ricky Ponting’s Delhi Captials will be the team to beat and 20-year old Indian batsman Shubman Gill, who plays for Kolkata Knight Riders, will be the player to watch.

Kolkata Knight Riders eh. The IPL team names still make me laugh. I reckon they missed a few opportunities though. What about the Bengaluru Baywatchers, the Ahmedabad Airwolves, and the Faridabad Fraggle Rocks? That would’ve been 80s TV perfection. 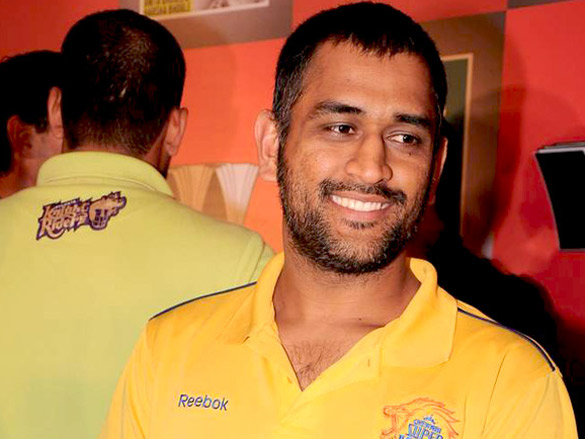 The other storyline to keep an eye on, apparently, is MS Dhoni. Are we witnessing the last throes of his distinguished cricketing career? Old MS is now 39 years old and he recently retired from international cricket after a very distinguished career.

I’ve always quite liked Dhoni. He’s laid back, good to watch, and never seemed particularly affected by the hype and attention he’s received. I also loved the way he took his keeping pads off during a tour of England to bowl a few overs. Quality.

However, I’m not sure that affection for one particular player can persuade me to support a particular team. Instead, like a true IPL glory boy, I’m simply going to pick the team that’s most likely to win. I deserve this luxury after years of supporting Aston Villa, Worcester Warriors, and Worcs Rapids (although 2018 was nice).

So who’s it going to be? This lighthearted article look at random statistics, anomalies, and historical precedents to conclude that Royal Challengers Bangalore will triumph:

RCB have the fourth-most expensive squad, with captain Virat Kohli their best-paid player at $2.4m. Their roster contains a massive 18 internationals, and has an average age of 29 years and two months.

Ok. So they’ve got experience, a lot of international talent, and the best T20 batsman in the tournament. Sounds good enough to me.

There’s just one problem: Bangalore have apparently struggled in the past and never live up to their potential. They reckon this year is going to be different though:

Although zeros to heroes narratives rarely appeal to me, the fact that Moeen will be playing for Bangalore seals the deal for me. As a Worcs man I’d love to see Mo return to form. He’s looked out of sorts in recent moths but there were signs of recovery in the white ball games this summer.

I just hope the other Royal Challenger players can find some form too. If not I suggest they change their name to the Bangalore Batmans next year.