Today Alex continues our buildup to the India versus England series by looking back at India’s amazing triumph down under. What made the series so special? And what did we learn?

The Australia – India Series was the one of the best series that Test cricket has seen for years. Although you could talk about the drama of the last Ashes in England, this series featured a team that was literally the walking wounded against a powerhouse team that nevertheless has significant holes. It made for a compelling contest and India ultimately won the war.

Here are the ten most important things that made the series so special. But before I start, we’d like to remind you that Virat Kohli didn’t play for the last three matches because his wife was having a baby. As a new father, we think he got his priorities straight. Sadly, he’ll be back for the series against us (as well Ravi Jadeja)!

1. The strength in depth

This shouldn’t be a surprise bearing in mind the sheer volume of Indian cricketers out there, but for the first time we saw – because of the sheer number of injuries – flexibility within the Indian camp for players. By the end of the final Test there were none of the Big Three: Kohli, Ashwin or Jadeja. And yet they replaced them and beat the Australians. Now against England their plethora of talent will mean not only are they favourites to win the Series, but possibly favourites to win it 4-0. I can only pray for rain.

India’s 36 all out in Adelaide was shocking. The team featured Virat Kohli, for crying out loud. India actually held a 53 run lead going into the second innings of this day/night game. But India played the usual “let’s throw our wicket away” game, and were out in 21 overs. India’s effort was the seventh-worst of all time. Heck, Ireland scored more against England two years ago in their abysmal outing at Lord’s.

Risbah Pant was one of the most exciting cricketers in the IPL, but his irresponsibility made you think: “how good is this kid actually going to be in the big time?” Well, the answer is… very. Pant went off with innings of 86 and 96, counter-attacking Australian bowling like he hadn’t a care in the world. He walked away averaging 69. That’s pretty tidy for someone who’s a middle-order batsmen. And although we love him as a batsman, he’s still untidy as a wicketkeeper, dropping chance after chance after chance. But then again, he’s still a (gulp) youngster. 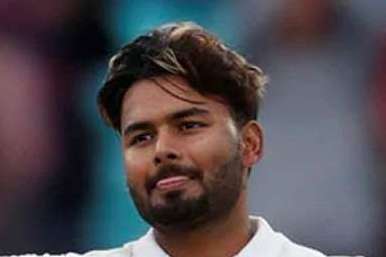 There are lots of things to call Marnus Labuschange. He was a thorn in England’s side in his first match at Lord’s a couple of summer ago, and he’s gone on to being one of the best batsmen in the world. Labuschange averaged 53 through the series, and in the first test, kept things together when the team was falling around him (in the first innings). Again, it was the rushes to the head that got him into trouble a lot of the time, but I keep watching him and thinking: “this is going to be the next Steve Waugh once he cuts out the stupid shots.”

Cummins put in hostile spell after hostile spell after hostile spell for the Aussies, racking up 21 wickets in 162.1 overs. He was the longest-used of the Australian quickies. You shudder to think how good he could have been had he not been injured the whole time early in his career. And what separated him from Josh Hazelwood – who actually had a better average than Cummins – is that Cummins had the workload. Weird to think how fairly anonymous Mitchell Starc was, managing just 11 wickets in 8 innings.

Gosh, this Shubman Gill kid is good. Cummins, Hazelwood and Starc were dismissed without a care in the world by the brilliant 21 year-old, who said afterwards that he “had a fear of bouncers”. And to think that he only came in for the second Test …. and still plundered 257 runs. England will hope not be bashed around the park when they come to play India this month …. but it won’t be surprising if it gets ugly against this kid. Quickly.

Steve Smith is still Steve Smith….in all sorts of ways. After awful first and second Tests, Smith turned in 131 and 81. In the Sydney Test, he looked as though he was never going to get out. Of course, when Smith falls, suddenly Australia falls away, and it became apparent over and over again. But on the other side, Smith was seen on camera standing and scraping his feet and trying to scrub out Pant’s guard in the third Test, which is….. cheating. Justin Langer called it “Steve Smith being Steve Smith”, which could mean: “totally great batsman”, or could be “totally cheating Aussie [add expletive here]”.

He was ‘The Wall’ at The Gabba, taking bullets off Pat Cummins with a seemingly imperious chest en route to the best, bluntest, slowest 50s you’ll ever see, but he always seemed to settle matters. And he was nothing short of dreadful in the second innings of the first and second Tests, he was the point man since that.

9. What in the hell’s happened to Warner?

Before he was ousted for being a cheat, you would have been an idiot for keeping David Warner out of your Best Opening Pair In The World. He managed 5, 3, 1 in the first 3 innings of his two tests, before getting 48 in the final innings when Australia were pushing for an ‘unbeatable total’. Why doesn’t Warner just play like he doesn’t care? We don’t know, but mentally he’s really struggling.

10. Sorry about that, Tim Paine

As a good church-going boy, I don’t believe in karma. But reflecting on the series, Paine got a dose of it. His chirping at Ashwin wasn’t the evil that it was made up to be in Indian publications, but telling someone that they “couldn’t wait to get [the Indian team] to the Gabba”, and then captaining a team that lost in Beloved Brisbane for the first time since 1988 wasn’t a strong look. Coupled with a missed stumping off Pant and three dropped catches on the final day of the third Test, and it was all extremely funny. Maybe he should concentrate on playing, and less on being a Full Tosser.