Defeat. Another depressing defeat. And this time against a side that had lost their last 5 Tests. Basically, if you’re an international team struggling for confidence, look for England on your fixture list.

This loss stings because it wasn’t the archetypal England defeat overseas. Normally we concede 500, get bowled out for 300, and then complain bitterly about our inability to take wickets with the Kookaburra ball. This time we were gifted a pitch that should’ve suited our seamers, won the toss, had the opposition at 100 odd for 5, and still lost by a substantial margin by the end.

If we can’t win in conditions like this away from home then when / where will we finally break this hoodoo?

It’s infuriating because we had a genuine sniff of victory pie in this game. But we slipped on a self-laid banana skin as we reached for a slice and fell on our collective arses.

Although the debilitating illness in the camp might seem like a pretty good excuse – Joe Root said at the post-match presentations that “nobody let anyone down” in the circumstances – the personnel laid low with lurgy weren’t actually the reason why we lost this Test. We lost because the braintrust made a series of poor decisions that were completely unrelated to the physical condition of our troops.

The obvious place to start is the toss. Every man, his dog, his dog’s fleas, and his dog’s fleas’ tennis partners, knows that you don’t bat last at Centurion. And you shouldn’t pick five seamers either. You really need a change of pace when partnerships develop.

Who got the big breakthrough wicket today? Maharaj. That’s who. England can do all the research they want on local conditions, but if you’re doing something different from the hosts (who know conditions best) then you’re probably screwing things up.

England’s tactics in the field were also awful. Inexcusable even. We didn’t bowl far too short on day 3 because some of the players were feeling unwell. We bowled too short because something’s seriously wrong with England’s decision-making.

I hate to say it but Root and Silverwood just don’t seem to have very high cricketing IQs. And as for Broad and Anderson, it was very interesting to hear Mark Ramprakash admit on Sky’s Debate show last night how the pair can be “difficult to manage”. He’s been there and knows precisely what they’re like. 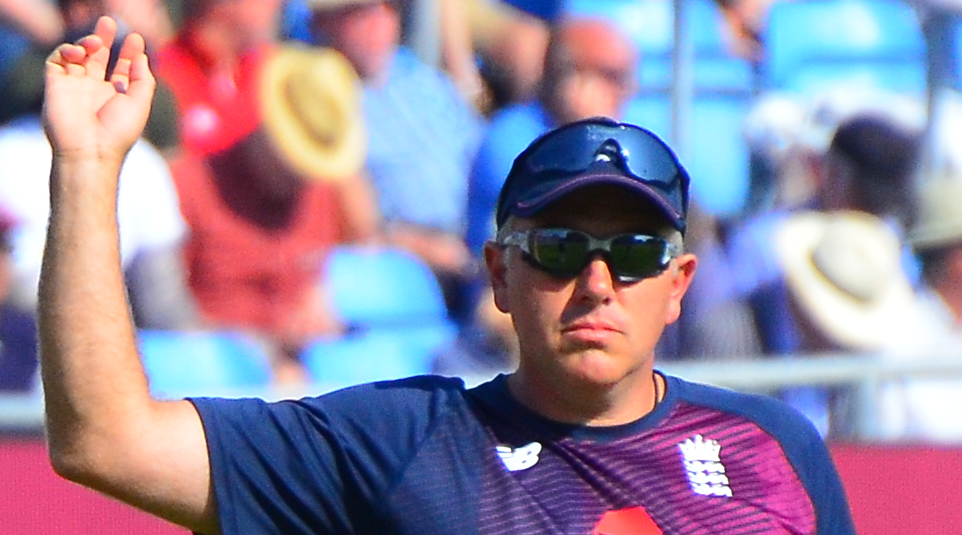 It’s been obvious for some time now that Root needs a strong coach who can whisper advice in his ear. Someone like Gary Kirsten perhaps (wink, wink). Unfortunately that ship sailed because apparently Silverwood’s better at using PowerPoint.

It’s a laughable state of affairs when you think about. The ECB’s obsession with turning English cricket into a corporation, with corporate-style HR procedures (presumably because they think this makes them look ultra professional when really it makes them look like try-hard cliched wannabes) cost English cricket arguably the best Test coach in the world.

Kirsten must be laughing his head off after watching events unfold at Centurion. He probably realises now that’s he’s better off out of it.

In the short-term all we can do is hope that Root, Silverwood, the coaches, and the senior players can up their games. This series isn’t a lost cause yet because South Africa are very beatable. But we won’t get close to them unless we play competent cricket and pursue a sensible strategy.

Tough decisions now need to be made before Cape Town on 3rd January. England must (a) bring back Pope for Bairstow who played another horrible shot today, and (b) pick Jack Leach (or Bess / Parkinson if he isn’t fit). This will mean dropping one of Anderson, Broad, Archer, or Curran.

England’s dilemma here is painfully obvious. Curran was the best bowler on day 1 at Centurion but he might not find so much assistance at Cape Town; therefore the sensible thing to do would be to pick our best pure bowlers: Jimmy, Stuart, Jofra, and Leach. However, this would leave England with quite a long tail. Having Curran at 8 will feel like a security blanket.

My gut tells me, therefore, that England might fudge matters by simply replacing Curran with Dom Bess who also offers perceived batting depth. Why? Because it will be easier for Silverwood, who is very close to the senior players, to exclude Leach and Curran than leave out one of the three senior pacemen. I don’t believe they’ll exclude Archer as the team needs his pace on South African wickets.

Whatever England do, however, there will be criticism. The problem with playing Bess, of course, is that it will make Ed Smith’s squad selection look a bit daft. After all, why should an injury replacement suddenly leapfrog the two spinners originally included in the squad? They could argue that Leach still isn’t 100% but ignoring Parkinson would be a bad look.

If I was in Silverwood’s shoes, by the way, I might well leave out Stuart Broad, include Leach, and be done with it.

However, I don’t have to look Stuart in the face and tell him that he won’t be playing. Maybe we’re about to find out just how difficult England’s senior bowlers are to manage after all.