My wise old mum once told me that you can’t have too much of a good thing. Or was it that you can have too much of a good thing? I really don’t remember. Anyway, Ed Smith and the ECB obviously subscribe to the former. Why? Because they haven’t named 45 players in their expanded squad after all. They’ve named 55! I think it’s safe to assume that all bases are covered.

Why the selectors feel it’s necessary to name five entire XIs’ worth of cricketers is anyone’s guess. They’ve basically picked 14% of all professional cricketers in the UK!

However, despite selecting cricketers as random as Mason Crane and Reece Topley, there still didn’t find a place for either Alex Hales or poor Liam Plunkett. How bizarre.

A whopping 55 man squad? Wow. Looks like England have picked every single professional cricketer in the country except Alex Hales (who they don’t trust) and Liam Plunkett (who may find it difficult to trust another human being again after this).

Overall, however, it’s hard to grumble too much about the squad. Selecting just about everyone naturally leaves very few dissatisfied souls. Although, come to think of it, had I known they were going to name 55 players then I might have half expected a call up myself. Ed Smith will never know what he’s missing – especially in the field, ahem.

Looking back at yesterday’s predicted 45 names I don’t think I did too badly really. The only players I included that got brutally rebuffed today were the aforementioned Hales and Plunkett, plus Joe Clarke and Sam Northeast.

I must admit that I find the continued absence of Hales frustrating. Yes he’s made his mistakes, and yes he’s got lots of ground to make up, but he’s been in exile for ages now. There’s lots to admire about Eoin Morgan, and he’s done a terrific job with our white ball sides, but talking about ‘trust’ at this point just seems a tad cliched. My guess is that it’s just personal.

When it comes to Plunkett I really don’t know what to say. He’s been treated abysmally. Yes he’s getting a little long in the tooth but there’s no need to think about the future when the T20 World Cup is just around the corner. Plunkett would’ve been the ideal squad man for such an important tournament. He’s seen it all in his career and wouldn’t have buckled under the pressure. Just look at the ODI World Cup final last year!

As for Clarke I’m not surprised. One wonders whether Alex Hepburn’s decision to appeal his rape conviction counted against him. After all, this will keep Clarke’s previous sins in the public eye. Having said that, however, they did find a place for Tom Kohler Cadmore so they’re obviously willing to move on in some cases.

And then there’s poor Sam Northeast. Again I’m not surprised to be honest. There seems to be an unwritten law that Northeast and James Hildreth must not, under any circumstances, ever play international cricket for England.

So who are the beneficiaries of the others’ misfortune. Here are the 14 names who didn’t make TFT’s big bold prediction:

This lot represents something of a mixed bag in my opinion although I doubt many of them will see much action. I’m glad that Willey (who I overlooked yesterday), Jamie Overton, Livingstone, and Jacks are in England’s plans, and it’s good to see that Robinson’s fine form has been rewarded too.

Sadly, however, I’m not sure whether all of them will cut the mustard internationally – and that includes Keaton Jennings and Ben Duckett by the way. The selection of the latter is particularly curious considering their aversions to Clarke and Hales. 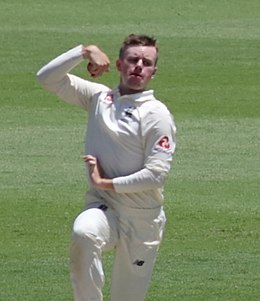 I’m also somewhat surprised that there wasn’t a place for Jamie Porter from Essex. It’s weird that Topley (who hasn’t played much cricket in recent years) gets a call up when Porter (who’s played loads and taken loads of wickets) gets ignored.

One also imagines that Gary Ballance’s loyal legion of fans are spitting feathers right now. However, in this instance at least, I think the selectors have made the right decision.

Let’s just hope they can get the actual games on after all this. I’m sure we’re all desperate to see some live cricket again. Although I half expect a player, coach, or member of the backroom staff to test positive for COVID-19 at some point – something which will throw everything into turmoil again – surely they can find a way to play some cricket when the bloody Premier League football is recommencing in June.

It’s just a shame that cricket doesn’t have the Premier League’s money. I’ve been casually monitoring the football world with some incredulity at the moment. How can a game involving so much physical contact and heavy breathing possibly be safe?

Bill Shankly once joked that football isn’t a matter of life and death – it’s far more important than that. Well, I think recent developments demonstrate that those running football think it’s definitely as important as life. Or a life. Or indeed multiple lives.