So it looks like the England versus West Indies series might actually take place. Great news! I’m sick of watching re-runs. I find it almost impossible to watch full coverage of matches when I know the result. It’s like watching a predictable Tom Cruise movie. When you know how it’s going to end then there’s very little tension. It’s just not the sort of sporting cocktail I enjoy.

Although watching home internationals with no spectators is going to feel a tad surreal – we’re used to zero atmosphere in the UAE but not Old Trafford – it’s still better than no live cricket at all. What’s more, us bloggers will fill finally be able to write match previews and daily reports again.

The first stage of TFT’s ‘coverage’ of the Windies tour will be to guess the composition of England’s squad. Normally this kind of thing is easy. You know they’re going to name 12 or 13 players and most of the squad is written in stone beforehand. This time, however, it’s a little trickier. England are eventually going to name 45 players with distinct Test and ODI squads – in other words, no player will be named in both squads. This will enable England’s Test and ODIs side to play games simultaneously (at different venues of course) as the ECB tries to squeeze in as many money-spinning fixtures as possible in the time available.

This makes things rather interesting. For example, which squad will Jos Buttler appear in? He’s an average Test cricketer but an absolutely brilliant ODI player. In fact, one could argue that he’s the best white ball batsman we’ve ever had. Yet I imagine that England will name him in the Test squad just to be illogical and awkward. This kind of thing makes predictions impossible.

The other thing that’s problematic is the sheer number of players to consider. 45 players is an awful lot. It’s like naming a British Lions rugby squad. We can look at who played in the winter, and who went on the England Lions development tour to Australia, but we might still be a few players short. Consequently I’ll probably end up throwing a few leftfield names at you. And why not? Ed Smith likes throwing the occasional curveball so why can’t we?

I think the best way to approach this exercise is to begin with a few dead certs for each squad and then see how many places are left. For the purposes of this exercise I’m going to assume that everyone will be fit by July.

I’m also, perhaps foolishly, going to assume that COVID-19 has sobered up Ed Smith and he’s going to think logically from now on. That means Buttler will appear in the white ball list.

A couple of things to mention here. I’ve chosen Ben Stokes in the Test squad because Test cricket is (ostensibly) England’s No.1 priority. Therefore, if Stokes was named in the white ball squad at the expense of the Test team then there would probably be, not to put too fine a point on it, a bloody riot. The same goes for Jofra.

Joe Root is picked in the Test squad for exactly the same reason plus, of course, he’s captain. I’ve also unapologetically selected Ben Foakes. If he’s not going to play when Buttler’s absent then he’s never going to play again. This seems like the perfect opportunity to pick the best wicket-keeper in the country at long last. And I bet he scores more runs than most people expect too. 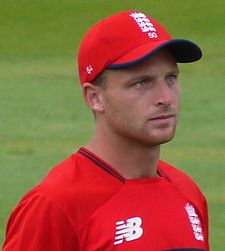 This looks like a strong 15 names to me – even without Root, Stokes, and Archer. There’s plenty of experience in both batting and bowling. Woakes and Wood would lead the attack with Curran, Jordan and Pat Brown competing for places behind them. There are also three good spin options with Moeen and Rashid being pressed by Matt Parkinson.

The tough calls here were ring-fencing Woakes and Wood for white ball cricket. Ideally I’d like them available for Test cricket too. In fact, one could easily make the case that they should be in the other squad.

However, Woakes is an integral part of the ODI starting XI; therefore I think Eoin Morgan would miss him more than Joe Root. The Mark Wood decision just came down to fitness really. There’s less chance of him getting crocked if he’s only bowling ten overs per innings. I also think the white ball squad needs a little pace in Archer’s absence.

The other somewhat controversial selection is Moeen Ali. England seem desperate to get him back in the Test side but I really don’t understand why. Dom Bess is a better long term bet as an off-spinner and there’s no point in going back now. What’s more, Jack Leach has done really well in his Test career to date. He averages 29 after ten tests. That’s a better average than Graeme Swann.

Moeen has had his moments in Test cricket, of course, but he’s never been particularly consistent. Therefore preferring a guy who averages 37 with the ball over two younger spinners averaging under 30 makes absolutely no sense. In fact, it makes such little sense that I fully expect it to happen.

One obvious omission thus far is Saqib Mahmood. I went backwards and forwards on this but ultimately decided that he should be with the Test squad. I just feel that he offers something a little different. If one of the frontline seamers gets injured then I’d much prefer someone with a bit of pace, who might create some wickets, than a archetypal English medium-fast bowler.

So where do things stand after the obvious picks? We’ve got 30 names so far (fifteen in each squad). Therefore we need to find a further 15 players. I suggest there should be 6 in the Test squad and 9 in the white ball squad. This is because Eoin Morgan’s men play two different forms of the game.

Picking the six extra Test players should be relatively simple. We need two batsman, a keeper, a spinner, and two seam bowlers to cover all bases.

First lets deal with the keeper. The next cab on the rank is James Bracey from Gloucs. He’s a good young keeper and a decent batsman too. He’s a little older than his nearest rival, Ollie Robinson from Kent, so if we’re choosing between the two Lions keepers then Bracey is the safer pick.

The backup bowlers should be Amar Virdi, Olly Stone, and Craig Overton. This trio will enable Root and Silverwood to replace like for like in the event of injury. Stone offers raw pace, Overton control (and a bit of batting), and Virdi is an exciting talent who might push Bess and Leach in the not too distant future.

The batting places are a little more complicated. Why? Because there’s bloody Keaton Jennings to consider. Although most of us wouldn’t touch him with a bargepole, we can’t ignore the fact that Ed Smith seems infatuated with the Lancashire opener – especially as he was picked for Sri Lanka.

Personally I don’t think there’s any need to pick another spare open. We’ve already got the returning Burns, Sibley, Crawley, plus Denly (who can open) available. Therefore I’m going to eschew Jennings and opt for Dan Lawrence, who was probably the standout batsman on the Lions trip down under, plus the deserving Sam Northeast.

Finalising the ODI and T20 squad

Hain has been an outstanding white ball player for a while now so he’s definitely worth his place. Vince obviously divides opinion but his record in T20s (and we can’t forget about T20s in a World Cup year) is very respectable. Tom Kohler Cadmore is a likely lad from the Lions with a lot of talent. He’ll benefit from being around the squad even if he doesn’t play much. 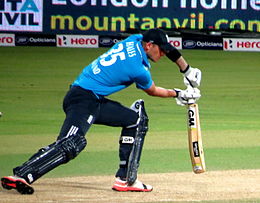 The two most controversial picks are obviously Clarke and Hales for very different reasons. Although Clarke struggled in first class cricket last season he enjoyed a productive Royal London campaign and remains an outstanding prospect.

As for Hales, I just think he’s too good to remain in the doghouse forever. He’s a world class white ball player and one of the best T20 openers in the world.

If Roy or Bairstow were to get injured during the World Cup then Hales could replace them in a heartbeat without weakening the side. It’s that simple for me. Although some people will never forgive him for taking recreational drugs – and that’s fair enough – I’m personally ready to move on.

Gregory is a maturing multi-dimensional cricketer with leadership qualities. He clearly deserves his place after impressing both for Somerset and The Lions.

As for Plunkett we all know the story. He was jettisoned harshly after England’s ODI World Cup victory but remains a dependable option. If England need someone to step in at a crucial stage of the T20 World Cup then Plunkett’s the man. Nobody panics Jade Dernbach-style when they see big Liam’s name on the team-sheet. He’s a reassuring man-bear presence.

The same could be said for Dawson really. He’s never let England down. He’s a mature cricketer with a good temperament who offers something with both bat and ball. He also had a strong Royal London season in 2019 with 18 wickets at 20 and an economy rate of just over 4.

I’ve chosen Brookes as a wildcard really. He’s an exciting young bowler with genuine pace who should benefit from being around the squad.

So what do you all think? I have to admit that picking 45 was pretty exhausting by the end. I’m bound to have overlooked a few strong candidates.

Who would you pick? And most importantly who do you think Big Ed will pick?

And how long will it be before multiple players test positive for COVID-19 and they call off the whole thing anyway?