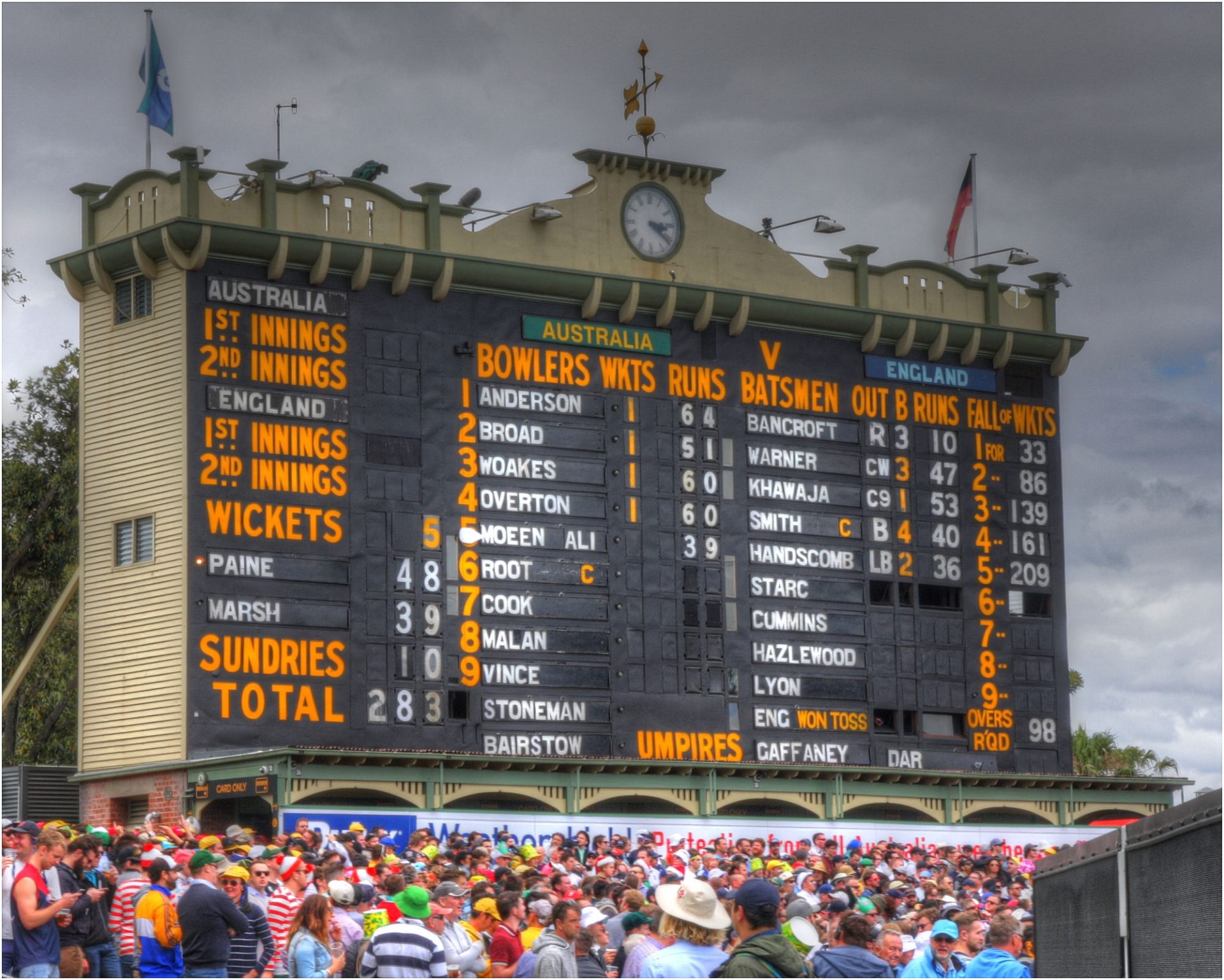 I have a confession. Like most of us, I was suckered in by the various predictions and previews in the weeks before Brisbane.

Fatalism and optimism seem mutually inclusive for followers of the England cricket team. We know the circumstances are stacked against them these days, but still believe victory can somehow be pulled out of the fire. Why else was the English Cricket’s social media team pumping out the footage of Ben Stokes’ match-winning Headingley innings and Joe Root’s glut of 2021 runs on almost a daily basis in the lead up to this series

We all seemed to forget that Australia are superior in nearly every department, half the England team wereplaying T20 cricket for the past six weeks and (courtesy of an impromptu rainy season) none of the players had any meaningful match practice before that already infamous first ball at the Gabba.

And yet, I have woken up with precarious anticipation in the darkness of each December morning. Taking my phone off sleep mode and turning on the radio, I am reminded of how misplaced my expectations have been. Whether it’s the latest BBC Sport alert flashing up on my screen (WICKET: Australia v England (1st Test), Buttler, c Carey, b Hazelwood, 23, England 268-7), or a message coming through to our club’s WhatsApp group (“Can’t believe Root chose to bowl first, is he a moron?”)

The façade of hope came crashing down after the nine-wicket defeat at Brisbane and there is no sign of it being rebuilt in Adelaide. As we descend into what seems like another winter of long nights and batting collapses, it is clearer than ever that the England team have neither the structure nor the players to produce a competitive test match team.

The players are a product of the system overseen by the ECB, and the year leading up to this series has shown more than ever that the ECB’s house – if we are to call it that – is creaking on rotten foundations. How could we expect it to prepare a squad for Australian Ashes success?

If this series is as big as both teams, the media and even the Radio 1 breakfast show’s Greg James tell us, then why does it increasingly feel like there was no preparation and there is no plan? Remember, Root and Silverwood have repeatedly said they were building towards the Ashes since the start of 2020.

Shortly before these ‘preparations’ began, the story of thelast great England team’s meteoric rise and catastrophic fall from cricketing greatness was laid bare with the release film “The Edge”. One of the fatal hallmarks of that team was how it mismanaged so many of its players. The likes of Kevin Pietersen, Jonathan Trott and Steve Finn openly spoke of their struggles and how were notsupported by England’s coaching staff.

This team is scarcely any better in how it manages its players. Test match cricket in the Covid era has its own challenges but the ECB has fallen far short of the mark.

After the second test in India in February earlier this year, Moeen Ali was due to return home, along with a number of other players, for a planned squad rotation of the England team bubble. Yet Joe Root told the media that Moeen had “chosen” to leave the squad. His Head Coach, Chris Silverwood, had hastily reconvene the media and clarify that it had always been the plan for Moeen to return to England after the second India test, but that it had been asked whether he wanted to stay on and play the third match, having spent the earlier Sri Lanka tour in Covid isolation. Fast forward to the summer, and the 33-year old all rounder was recalled mid-series, having not played a home test match since the first of the Ashes series in 2019 and against the back drop of skippering The Hundred’s Birmingham Phoenix. No wonder Mo called it a day in test cricket after another England batting collapse at the Oval in September.

The ever present but rarely bowled Jack Leach must also be wondering whether Silverwood or any of the England support staff have his back either. The Somerset spinner wrote revealingly in Wisden of life in the 2020 test match bubbles for the West Indies and Pakistan series. As a sufferer of Crohn’s Disease, none would have begrudged Leach’s absence during last summer, but he still donned the PPE and carried the drinks across the Rose Bowl outfield.

In return, he didn’t bowl a competitive test match ball the entire summer. After a successful winter tour, when he took 28 wickets in 6 tests against Sri Lanka and India, Leach was promptly dropped again for the test schedulethis summer. His next ball in test match cricket would beon a hot flat day 2 pitch at the Gabba last Thursday.

We do not know if Leach would have played against India in the cancelled fifth test at Old Trafford but it is simply not fair to ask a player who has not played an international match in ten months to then turn it square in unfavourable conditions. Far from coming to Leach’s aid, Silverwood has now dropped him for an Adelaide pitch that has always taken spin.

The likes of Leach are symptomatic of a mismanaged and underprepared team, but winning solves everything and the players are generally not good enough to cover up their managers’ failings.

We might still be deluding ourselves into staying up late into the night and waking up at the crack of dawn, but the ECB had already realised that this England test team will not be moving mountains down under or anytime soon. Why else has it stuffed the summer schedule with more limited overs cricket than your Christmas turkey?

An ever-burgeoning white ball domestic and international schedule will continue to erode the chances of test match quality players rising through the ranks. If we are truly honest – as the ECB probably have been with themselves– this has not happened since the emergence of Root and Stokes in 2013. The absent Jofra Archer has shown flashes of brilliance and Ollie Robinson looks like he will cut it at test level, but they are the exceptions that prove the rule. Unlike us, the ECB seems to have given up on English test cricket for the time being.

The cupboard may not be completely bare in the seam bowling department – injuries haven’t helped – but this is still by all accounts a swansong Ashes tour for James Anderson and Stuart Broad. Who is to replace them when they are gone and, more pressingly, who are the runs going to come from?

From the very first ball, this tour may have irreparably exposed Rory Burns as a test match batsman. His opening partner, Haseeb Hameed, is only back in the side because of Dom Sibley’s decline. Dawid Malan is not a long-term option and the mercurial Jos Buttler has also, once again, reverted to the ghostly imitation of his one-day brilliance in test match whites, both behind and in front of the stumps. A video of his stricken face, cut to “the sounds of silence” after the simple drop of MarnusLabuschagne was hard to watch.

It is not their fault. Aside from the suggestion of Ben Foakes taking the wicket keeper’s gloves from Buttler, there is nobody any better.

Root seems a loan ranger in putting runs on the board for his team. Regardless of how the England Captain’sremaining two innings of 2021 pan out, he has been remarkable with the bat this year. If Ben Stokes can peel himself off the Adelaide outfield after being bowled into the ground, he might be able to offer some support, but do not expect an Australian equivalent of that Headingley clip to be appearing on the England Cricket’s Twitter feed anytime soon.

We should remind ourselves that Australia are better in all facets of the game, especially in their homeconditions. They should handily win at Adelaide and will have probably wrapped the series up by Melbourne or Sydney.

Fatalism and optimism go hand in hand. I will continue to turn the radio on and check my phone every morning. But this mismanaged team is simply not good enough and my expectations are now, rightly, as low as thechilling winter temperature.