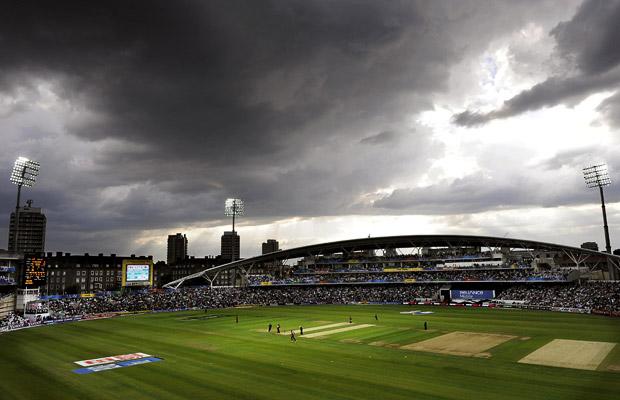 Don’t panic about The Oval everyone. The test was a dead rubber. We only got thrashed because our players lost focus after Trent Bridge. Our innings defeat was actually a deliberate ploy to get the game finished quickly. Sir Ian had a BBQ lined up for Monday afternoon and the players didn’t want to miss it. His wild boar sausages in a Courvoisier glaze are legendary. The Cloudy Bay on tap isn’t bad either.

Or so we’re meant to believe …

You can probably tell from my sarcastic tone that I don’t buy the above narrative one bit. It seems peculiarly naïve. Was Lord’s a dead rubber too? We succumbed pitifully in that match too remember.

What’s more, several members of the England’s team at The Oval were playing for their places. Why on earth would Lyth, Bell, Bairstow, Buttler, Moeen, Finn and Wood take their foot off the gas at a time when people are questioning their inclusion in England’s first choice XI for the UAE?

The Ashes might have been decided before the Oval, but the truth is there was still plenty to play for. That Jos Buttler, of all people, should use complacency as an excuse for the team’s insipid performance was flabbergasting.

Jos would do well to pick his words on Sky more carefully. Trevor Bayliss won’t suffer slackers lightly. In my opinion, his words betrayed his insecurities about both his place in the team and his batting performances. Supporters don’t want to hear lame excuses.

What happened at The Oval test backed up the article I wrote after Trent Bridge, in which I argued that The Ashes win actually created more questions for England than delivered answers. As the late Monsieur Benaud might say (or rather as Billy Birmingham might say for him) “I couldn’t agree with me more on that one”.

The Ashes win was hugely satisfying, and it was glorious to see David Warner vanquished and the three witches, I mean Mitches, sent packing. However, now I’ve sobered up I’m extremely concerned about the future.

The main worries of course are the continued inability of our bowlers to take twenty wickets on benign surfaces – we won at Edgbaston and Trent Bridge because the pitches were made to order – and the brittle nature of our batting. Positions eight, nine and ten might be looking good, but other than that …

The selectors have received a lot of praise for England’s win but I really can’t see why. Admittedly they weren’t quite as inept as Australia’s selectors, but other than that I’m struggling to find any positives

Since the Ashes whitewash twenty months ago, the selectors have discovered literally zero test class batsmen – by which I mean batsmen capable of scoring runs against the best bowling attacks. Ravi Bopara or Adam Voges type tons against teams like the Windies mean little.

The selectors have tried the following players since the beginning of last summer: Robson, Lyth, Trott (mark two), Ballance, Bairstow, Buttler and Moeen Ali. Not one of them looks like a quality top six international batsman. It’s actually quite depressing.

Unfortunately our current selectors have failed to identify a single batsman who looks like he’ll have a long and successful international career. It’s just not good enough.

England have always been hamstrung by their selectors to some extent. Indeed, it has often taken ‘gut feeling picks’ from the likes of Duncan Fletcher to paper over the cracks in the past. Because county cricket isn’t the best standard, selectors sometimes have to look beyond weight of runs. They have to look at technique, temperament and pure natural talent, rather than simply looking at the first class averages. Any idiot can do that.

Whereas Fletcher was able to see potential in players with somewhat underwhelming domestic records (Trescothick and Vaughan being two prime examples), the current selectors have largely failed to do the same. None of the so-called new generation who made their debuts last summer have come off.

As a result, we’re off to the UAE and South Africa with just two proven test batsmen: a very solid opener in Cook and a young world-class player in Root. Just for the record, Root wasn’t selected because of weight of runs for Yorkshire; his talent was identified by Lions coach Graham Thorpe, who pushed hard for his inclusion.

Although I’m a big fan of Ben Stokes as a cricketer, I’m nervous about his ability to bat six against high quality spin bowling. Ian Bell’s future is also up in the air – he’s a fantastic batsman but he looks totally burned out.

Consequently, England will head to the UAE with question marks surrounding their number two, three, five, six and seven. That’s one hell of a conundrum. We started the Ashes with a fairly settled top order. Now major surgery looks required.

Although England bat deep, and were often saved by cameos from Moeen at number eight, I’m not sure this approach is sustainable. England are basically carrying four players who look like test number sevens to me: Mo, Buttler, Bairstow and Stokes. The fact some of these guys are batting as high as five and six is a big concern.

And then we come to England’s spin dilemma. Who on earth is going to fill the roles played by Swann and Panesar on past tours to the subcontinent? The failure to have a look at Adil Rashid at any point over the last year is criminal.

Rather than giving Rashid a taste of test cricket at The Oval, where he wouldn’t be under pressure to take too many wickets, he’ll now be thrown into the deep end in the UAE. He’ll be under enormous pressure to win games for England immediately (with conditions likely to favour spinners). Good luck with that, Adil.

Meanwhile, although Mo impressed at times with the bat, his bowling has gone backwards. Last summer Moeen bowled beautifully against some very good players of spin. He was fairly accurate, gave it a rip, and generated a little dip too. This year he’s clearly bowling like the part-timer he used to be.

As a Worcestershire man, I’m Mo’s biggest supporter. Watching him stoke the ball through the covers is tasting the first strawberries of summer: it’s delectable. But is he really good enough as either a batsman or a bowler? I’ve never seen a specialist batsman play and miss as much as Mo.

But perhaps I’m being too harsh on England. Some positives did emerge from the Ashes: Joe Root looks like England’s best young batsman for a decade (in my opinion). Meanwhile, Alastair Cook finally looks back to his best. Although he only scored two fifties, and his record against the best teams is still mediocre at best, he gave me real confidence that he can actually succeed against world class bowlers after all.

Cook has always been a tremendous accumulator of runs against average test bowling, but had his technique exposed against elite bowlers like Glenn McGrath, Ryan Harris, Mohammad Asif and Mohammad Amir. I didn’t see the usual fallibilities this summer. He looked balanced, organised and solid as granite.

If he continues to play in the same vein, and steers clear of the technical idiosyncrasies that often arise, I believe Cook can dominate world cricket in the years to come. He’s only thirty years old. He should be in his prime right now.

Cook’s captaincy was also much improved this summer. Nobody expects him to be as instinctive as a Brearley, and he occasionally looks bereft of ideas when things aren’t going England’s way, but he made some good bowling changes, many of his creative little plans worked, and he looked more than competent. His body language was also extremely positive. He handles himself like a leader now.

In the long term though, Cook, Root, Broad and Anderson can’t carry the side alone. England must, must, find at least two international class batsmen by the next Ashes series. A good bet, in my opinion, is for Gary Ballance to fix his technical issues and slot back into the side in his natural position (five). He can still become England’s Shiv Chanderpaul – the glue that holds the innings together around the shot-makers.

Meanwhile, the two young prospects I like most are Alex Lees and Sam Hain. They’re probably a little too wet behind the ears for test cricket at the moment, but England need to integrate them sooner rather than later. They have genuine quality that’s clear for all to see. Fast tracking these youngsters might be England’s best bet rather than persevering with some of the Lions stalwarts who don’t excite me.

Many people are calling for the likes of Hales and Taylor. I remain unconvinced by both. Hales must prove he can score runs against the new ball in ODIs before he’s considered as a test player. He has the talent, and an appetite for daddy hundreds, but the jury is still out when it comes to his technique. I like James Vince the best of the other candidates, but he’s not had a good year in the championship.

However, perhaps my prognosis is a little too gloomy. After all, England’s future success could well be defined by the ineptitude of its opposition. This summer’s Ashes series might set a trend …

Although England clearly have problems, Australia would seem to have more. The South Africans have a few issues to resolve too. If England can’t get their house in order, perhaps we can count on the opposition to be even worse (and even more erratic) than us. If there’s one thing should take away from the Ashes, perhaps it’s this.