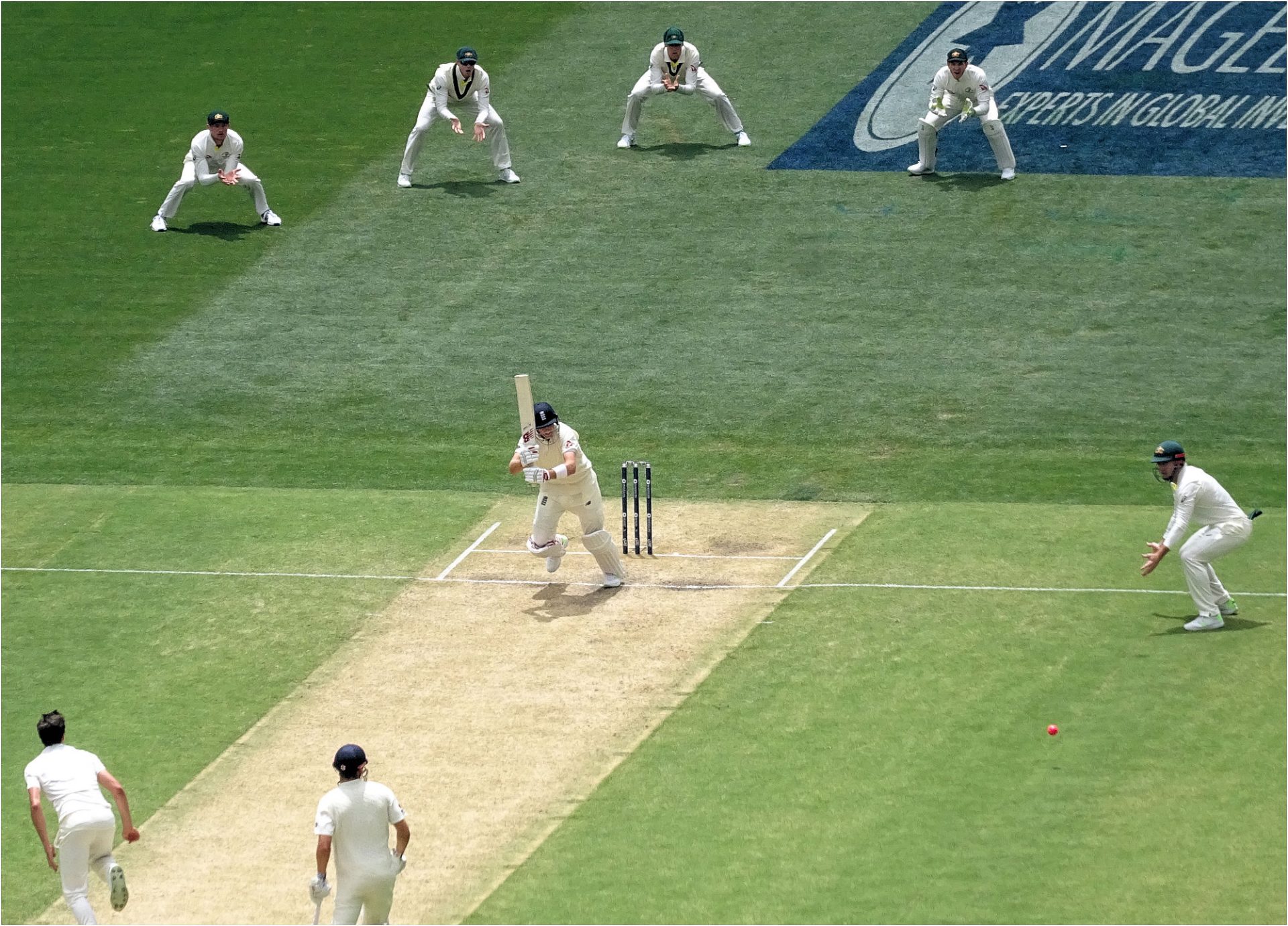 Ashes tours down under have defined many cricketers’ careers. They’ve also, in many ways, defined my life as an avid sports fan, too. Australian Test matches are etched in my memory – the good, the bad, and the painfully ugly.

I might go as far as to say that Ashes tours have actually shaped my personality: frequently anxious, always expecting the worst, occasionally jubilant, and overly emotional. I’m kidding, of course, but Ashes rollercoasters certainly haven’t helped my blood pressure!

Although I’ve mellowed a tad now that I’ve reached middle age, the series still has a special place in my heart. Watching the series live when I was backpacking around Australia in 1998/99 was probably the most memorable experience of my life. And it brings back so many precious memories.

England were actually quite competitive in that particular edition. We were saved by the rain in Brisbane, and got battered at Adelaide and Perth, but we then won a remarkable victory at Melbourne and probably would’ve tied the series 2-2 at Sydney had it not been for some one-eyed umpiring by Simon Awful.

It’s also worth remembering that Graham Thorpe – who was our best player by far at this point – was ruled out of the series after making 70-odd in the first Test. Had he taken part in the rest of the tour then results might have been different.

When I look back at that team, it actually had many ingredients you need to be competitive down under: two decent openers, experience in the middle-order, pace in Darren Gough and Alex Tudor, and decent spin options in Robert Croft and Peter Such. They weren’t all world-beaters but we had a good spirit.

So why, precisely, did they ultimately fall short? It’s because, in my opinion, and indeed in the opinion of Kevin Pietersen in his Betway interview below, that starting the tour well is crucial. And sadly, England’s 1998 tourist started poorly. Australia were well on top in Brisbane, won the next two games, and that was that. The series had basically gone before any of our guys found form.

The lesson here is that Australia at home are like a juggernaut when they get on top. It’s a cliché because it’s true. Their cricketers smell blood, the vocal crowds get on top of you, and the press really stick the knife in. Things can go from bad to abysmal before you can say “Five nil”.

The only England team to triumph in Australia over the last 30 years was obviously Andrew Strauss’s well-drilled 2010/11 team. The crucial moment in that series was probably the record-breaking partnership between Cook and Trott in the second innings of the first Test. Australia had a first innings lead, as they normally do at Brisbane, but England stopped the rot before things got out of hand. Our obdurate not-so-dynamic duo dug in, frustrated the Aussies, and gradually ground them into the dirt cathartically. England took so much momentum from that draw.

As KP also points out in his interview above, if things don’t go well for the Aussies (as they clearly didn’t at Brisbane in 2010) then it doesn’t take long for their supporters and media to turn on their own team instead. It might astonish you, but I’ve heard Aussie supporters berating Glenn McGrath for being an “overrated carthorse” in the past. And we think our supporters are fickle!

Consequently, Joe Root’s team simply have to start well. The blueprint for England teams is usually damage limitation at Brisbane and Perth (where Australia are incredibly strong) and then a push for victories at Adelaide and Melbourne. It’s not impossible to win in Sydney either, although the quality of Australia’s spinners has made it hard to win batting last.

This time, however, it’s not a traditional Ashes schedule. And this might actually play to our advantage. Normally, two of the first three Tests are played in Australia’s traditional strongholds, with only Adelaide offering our batsmen some respite in between. This time, however, England will have three potentially winnable games in a row after Brisbane thanks to Covid: it’s Adelaide up second as usual, followed this time by Melbourne and then Sydney.

Fortunately, we won’t be visiting Perth at all on this tour. The trip to WA was initially scheduled as the fifth Test (rather than the third) but now it’s been dropped altogether. This creates the intriguing possibility that the final Test could take place at Hobart – at least that’s what the rumours say. Hobart should suit us a lot more than the old WACA used to do. Suddenly, the schedule doesn’t look quite so intimidating.

Although Australia will still be favourites – and quite rightly so – England’s task isn’t impossible. The availability of Ben Stokes is absolutely massive for us. Not only is he a match-winner with both bat and ball; his presence also enables us to balance the side.

Although there’s always the chance that Chris Silverwood will stupidly pick five seamers, England should be able to select a team with plenty of batting, four seamers, and a specialist spinner. What’s more, if Mark Wood can keep himself fit (yes, I appreciate this is a big ‘if’) then we should have all bases covered.

I expect Jimmy Anderson to bowl well, and I think that Stuart Broad will be fired up by the competition for his place. After all, if Wood plays then there may only be space for one of Broad and Ollie Robinson.

Like many observers, KP claims above that you need solid batting, a strike bowlers, and a wicket-taking spinner to win down under. I accept that England’s batting isn’t particularly great, but if Root and Stokes can score a hundred or two, and the likes of Pope and Buttler can make a few runs in the middle-order, it’s quite possible for us to cobble competitive scores together in unorthodox fashion i.e. with the top order contributing relatively little.

Meanwhile, whilst I wouldn’t exactly describe Jack Leach as a big wicket-taking threat, and his lack of overs in recent times has probably stunted his development somewhat, he’s potentially better than many of the spinners we’ve taken down under in the past. I’m looking at you, Richard Dawson. I’ll be disappointed if Root and Silverwood opt for Bess instead because they’re worried about the batting.

So can we win the series? I’m going to say “maybe”. Although English cricket doesn’t particularly deserve any success – the ECB have done precisely nothing to address the systemic problems that were apparent when we lost 4-0 back in 2017 – there are some reasons for optimism: scheduling luck, the return of our talismanic ginger warrior, plus the fact that we’re up against imperfect opposition being three of them.

I wouldn’t bet on it, though.