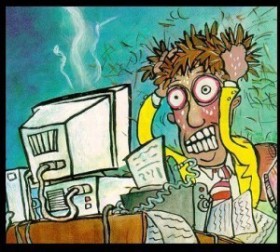 Before this tour began, most people thought we’d beat the West Indies comprehensively. Colin Graves said he expected as much, and questions would be asked if we failed to do so.

Well, the first test has been played, and the bottom line is that England did not win. That is the only statistic that matters. We might have dominated proceedings, but a miss is as good as a mile.

In fairness to England, the pitch made it bloody difficult. I’ve seen more life in an Egyptian mummy. But ask yourself this: would the dead surface have stopped Australia from winning? Or South Africa? Or any other top test team?

Alastair Cook blamed the ball. I blame the fact our attack has no genuine pace or mystery spin – the two things that traditionally win test matches. Even a quality orthodox spinner would have been enough. Had Graeme Swann been playing, I expect we would have won before tea.

Consequently, there’s no disguising the fact that this is a very disappointing result. We tried our best but we weren’t up to it.

James Tredwell in particular was a disappointment. You need your frontline spinner to bowl the opposition out on the fifth day on a dry pitch. Tredwell took one wicket in 40 overs and was possibly out-bowled by Joe Root. He bowled a good line, but got neither the turn nor bounce to threaten the Windies middle and lower order. I wonder if he’d be more successful if he bowled a little quicker?

Our seamers also wilted to a certain degree. Stuart Broad’s pace went down to approximately 79-83 mph in the final session, and Chris Jordan also struggled to register speeds in the mid-80s. My suspicion is that Jordan lacks stamina.

I’ve seen quite a lot of Jordan now, and I don’t think he’ll be anything other than an occasional contributor at test level. He’s a bit like Chris Lewis light. He shows flashes, but doesn’t have quite the same ceiling. My fear is that Jordan is neither quick enough, accurate enough, nor does enough with the ball.

The only real positives for England were Ben Stokes, who generated good pace but unfortunately failed to take a wicket, and Jimmy Anderson who broke Ian Botham’s record. Having said that, Jimmy wasn’t quite at his best in this game.

Credit must go to the Windies too. They battled very hard. Holder thoroughly deserved his ton. He looks like a determined cricketer with a strong character – although I’m not convinced his bowling is international class.

Ultimately though, England simply didn’t have the firepower to take five wickets in two sessions against the lower order of a test team near the bottom of the rankings. Strip everything else away and just think about that for a second. It’s not very good, is it.