It was a gloomy day at The Wanderers. There was rain in the morning and bad light in the evening. But for all those grey clouds there was a silver lining that warmed the cockles: young Zak Crawley made his first test fifty.

Although it’s easy to get carried away when a youngster plays well, and predictions including the words ‘big future’ become ubiquitous, there was something joyfully perky and natural about Crawley’s breezy 66. His talent just shone though.

Yes Zak’s not the finished article by a long way, but it’s becoming abundantly clear that the kid has something about him. He’s not intimidated by anything or anyone, he drove fluently with elegance, and even overcame a nasty blow to the head with apparent nonchalance too. I really like the cut of his jib.

Crawley and Sibley’s opening stand of 107 put England in a great position. It’s a shame that the impetus was somewhat lost when South Africa took 4 wickets for just 50 wickets thereafter, but a useful stand between Root and Pope at the end of the day put us in the ascendancy again by the premature close.

Once again I thought Sibley played well and looked quite assured. However, he certainly has a vulnerability to short balls down the leg side. He was dismissed earlier in the day off a no ball, and it was no great surprise when the Cricket Boks repeated the trick later in the day. An isolated strangle isn’t much to worry about but he’s looked dodgy in this area for a while. Hmmmm. Something to work on I guess.

Joe Denly also had an eventful day. Perhaps rattled by Crawley’s promise – someone’s got to make way when Rory Burns returns – Denly came out swinging. It was a curious approach for someone who’s had success knuckling down in recent times. Perhaps he’d also been stung by criticism that he bats too slowly? If so, he needn’t have worried. I think he’s performed pretty well in recent games. Unfortunately his stock fell slightly today.

Overall it was a curious innings by Joe D – a scruffy effort punctuated by the odd elegant drive. He rode his luck a bit, missed quite a few balls he should’ve steered into the leg side for ones and twos, and ultimately he succumbed to a rare good ball from the generally unimpressive Paterson. Weird. 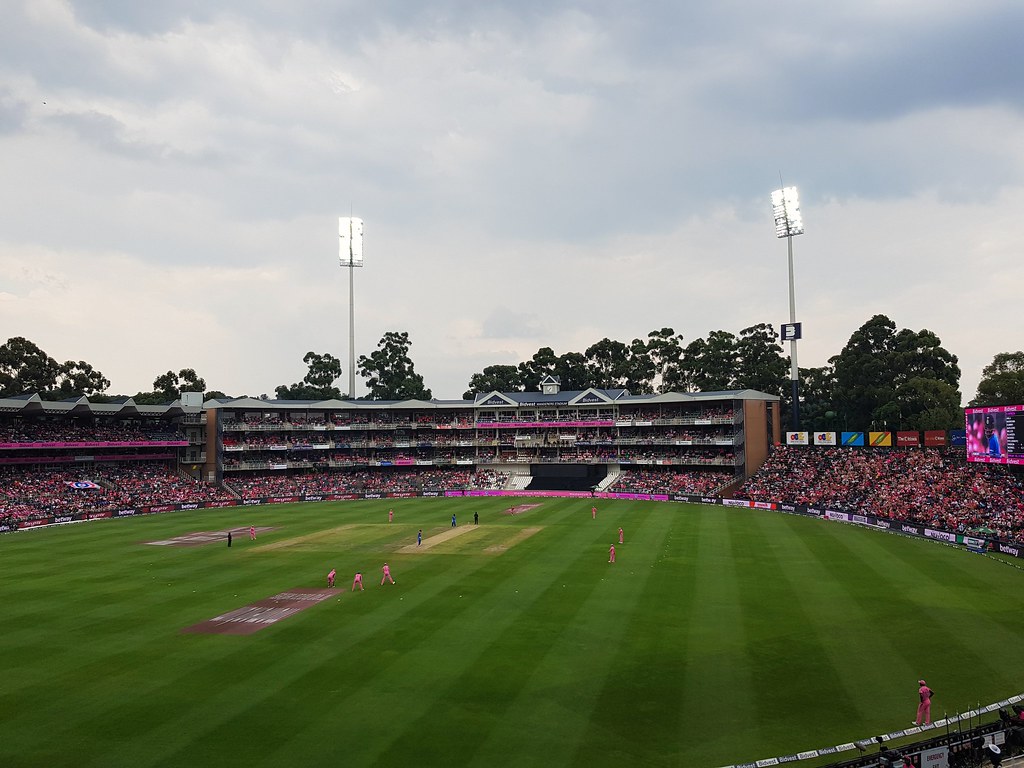 Ben Stokes also had a day to forget. He drive loosely at a ball without moving his feet and was caught at slip for single figures. He was then involved in what I assume was a polite exchange of views with a South African spectator about the merits of Montesquieu’s De l’Esprit Des Lois as he left the field. They clearly disagreed intellectually on the finer points and Stokes ended up calling him a Berkeley hunt.

South African television then delighted in broadcasting the exchange a couple of minutes after it happened. In other words, there was no need to do so whatsoever. However, who cares about broadcasting swear words that might offend people when you can get the opposition’s talisman in trouble.

Given Stokes’s history one imagines this incident will get plenty of media attention. He should’ve been more street-smart and kept his mouth shut. However, the way the host broadcaster handled the footage seemed rather cynical to me: “isn’t that Ben Stokes nasty for swearing. Swearing is bad because it offends people. Therefore we’d better make sure we show as many people hear it as possible”.

It’s worth noting two things here (a) this isn’t Sky’s fault because they’re simply showing the South African TV feed, and (b) if you listen carefully to the audio immediately before they showed the incident (the screen was simply showing a birds-eye view of the ground at the time), then you can hear them replaying the audio of Stokes swearing multiple times in the background. Hmmmm.

Returning to cricketing matters one imagines that 350 will be a good score on this pitch. We might get there too if Root and Pope can continue their good work tomorrow. One assumes the first session will be crucial because South Africa are equally capable of rolling us over for 250 too if they bowl well.

As for the pitch I thought it played better than advertised. There was a little bit of assistance for the seamers but not too much – certainly not enough to warrant both teams omitting a front line spinner. Let’s just say both teams are idiots re: the composition of their side. Nothing grinds my gears like 5-man seam attacks. It’s completely moronic. Pick an extra batsman if you think the pitch is THAT green. Five seamers can rarely do what four can. England won the Ashes down under in 2010/11 with just three!

England’s team selection was even curiouser because Root chose 5 seamers and then elected to bat! It turned out to be the right decision at the toss, as the pitch played alright in the end and England batted well, but surely if you pick an all seam attack the plan is to insert the opposition and take advantage of some early moisture?

I really have no idea what goes through Root’s mind sometimes. He’s either overrating his own prowess with the ball or just a bit, well, scrambled. Now the pitch looks reasonable, I imagine a frontline spinner would’ve come in rather handy (especially in the second innings).

As I wrote yesterday, however, I doubt England’s poor strategy will matter much in the end because South Africa look completely off the pace. Their bowling in the first session was really poor and lacked any kind of intensity. I’ve seen French aristocrats work harder.

Although Faf’s lads pulled their finger out after the interval, presumably because they got the hairdryer treatment in the dressing room, I’m not entirely convinced they either (a) believe in themselves, or (b) particularly give a crap. Time will tell as always.