Today Sam Tomkinson returns to TFT. After his piece last month about county stalwart James Hildreth, Sam looks at the career of ex-Surrey spinner Nayan Doshi who shone brightly in the early days of T20 but ultimately faded away. If you’d like to write about a county stalwart yourself – a personal favourite of just someone who had an interesting career – drop us a line to james@thefulltoss.com. Cheers.

Tall in stature, miserly in approach and round arm in action, Nayan Doshi had all the attributes suited to the shortest form of the game. Utilising these talents Doshi forged a brief but spectacular T20 career that, unfortunately for him and his bank account, came about ten years too early.

Left arm spinner Doshi, son of Indian Test cricket Dilip Doshi, made his T20 debut for Surrey on 2nd July 2004 against Sussex. He immediately displayed the credentials that made him the first man to take fifty T20 wickets. Registering figures of 4-0-11-2 under the lights of Hove, Doshi, with the likes of Claude Henderson of Leicester, put paid to the preconceived notion that spinners would be cannon fodder in the shortest form.

Doshi proved to be an integral part of an imperious Surrey side that remained unbeaten until the final, before losing out to Leicestershire with five balls to spare. Doshi’s economy rate of 6.50 in the game was only bettered by Henderson.

In 2005, Doshi had an incredibly strong season. His team, the Surrey Brown Caps, made it all the way to finals day, before losing out to an Andrew Symonds inspired Lancashire in a high scoring affair. Doshi finished the tournament as leading wicket taker with 17 and cemented himself as arguably the key component in a star studded Surrey side.

He would once again star for Surrey in the 2006 campaign, ending the tournament as leading wicket taker with 21, as the now Surrey Lions made it to another finals day.

For all his T20 success, however, Doshi made little impact in the other forms of the game. Not a massive turner of the ball, Doshi struggled to take wickets with the red ball and did not have the same economical effect in the List A format. 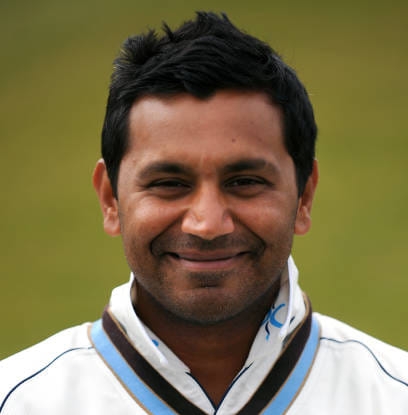 Not much to write home about with the bat or in the field, Doshi would find himself surplus to requirement in 2007. Surrey invested in former England spinner Chris Schofield, who was perceived to offer more in other formats and with the bat.

Schofield went on to become the top T20 wicket taker that season and represented England. Doshi, on the other hand, would terminate his contract and flatter to deceive with Warwickshire and Derbyshire.

Though he continued to play in India, even playing four times in the IPL, Doshi never reached the dizzy heights of his Brown Cap days. His career basically fizzled out disappointingly.

As a spinner, Doshi’s round arm action and height made him an entirely different prospect to the archetypal spinner. At 6 feet 4 inches in stature, Doshi looked more likely to send it past a batsman’s nose than outwit them with flight and guile. However, it was his control and change of pace that made him such an effective bowler.

There was no mystery to his method. Doshi, using his impressive frame, would extract extra bounce from the surfaces with his stock ball. When bowling the quicker ball, his round arm action allowed the ball to skid through, giving the batsman the hurry up.

These attributes, along with his unwavering accuracy, made him a tough prospect in short form cricket, especially as batsmen at the time were not the 360 players we see today. This, after all, was the era when Nick Knight left no balls. The boundaries were also longer, the bats lighter, a scoop involved ice cream, and the Oval was Nayan Doshi’s playground.

With the abundance of T20 leagues around the world today, who knows where Doshi’s career would’ve taken him had he been born five years later. CPL, PSL, The Hundred? You name it. Doshi could have been a sought after commodity and made a small fortune on his way.

His ability to tie up an end and take important wickets in the middle overs would have been crucial to any franchise willing to accept his frailties with the bat.