Glad to see you’ve joined us again. Right off the bat, you’re forgiven for assuming the sport has always been this good while you were away. Or that its results will always be this delightful when England’s visiting the subcontinent.

As a matter of fact, you’ll often wonder what’s the point of waking up at odd hours and copping it from your spouse or your dogs for turning on the telly at four in the morning, sacrificing potential sleep along the way, hoping to see your team do well. Contrary to what you might have imagined, they aren’t the most dependable lot.

If anyone dares to mention the word ‘Auckland’ or the total ‘58’ around you on hearing you’re a new entrant to this business of liking England, turn a blind eye to them. Then, look at them again and slap them in the face. Trust me, they deserve it.

The last time you were with us, you saw the 2005 Ashes – all of it. Or the 2019 ODI World Cup Final – the last thirty minutes or so, because none of us can remember what happened before it. But here was that ginger-headed Mr Stokes again, on the other side of the world, dismissing the opposition’s best batsman in the wee hours of the morning just a couple of overs before the final wickets fell too. He has a knack for getting the breakthroughs, you’ll see. And not all the miracles he produces are off the edge of his bat.

But whenever his team’s at it, you’ll be on the edge of your seat yourself. There is a fine line to be drawn between method and madness. For the longest time, this team preferred the latter, wandering around abroad like Joe Denly wandered around the top order for the longest time – none at all.

Who’s Joe Denly, you ask? Well, he’s a good bloke who Ed Smith, the national selector, liked a bit too much. But you don’t have to worry about him anymore. Denly, I mean. Ed Smith’s still very much around. And he threatens to keep defying logic in favour of his personal wisdom, which prompted him to stick with the iconic white-ball great Jos Buttler as the keeper for the Test side. Rumour has, by the way, that Ed Smith either possesses a crystal ball which told him his decision will come good in the end, or a personal vendetta of ruining the confidence of their best white-ball batsman by making him face the red one too.

Once again, you don’t need to worry about it, because Buttler’s come good in Test cricket – finally! There was a time when it didn’t seem likely. But now, he’s pulling off stumpings and carrying himself around the field like a man who knows he belongs where he is. He’s going home, though, and a certain Ben Foakes will take up his place now. That lad’s quite good too.

In fact, he might turn out to be so good that people will start asking for him to retain his place even once Buttler returns. You’ll be confused yourself about the entire matter, but here’s my foremost tip for you if you’re to be an English cricket fan – carry an opinion whenever you go into any such debate, and defend your belief till death even if you haven’t the slightest idea what’s going on.

Jos Buttler’s too good not to have in the team. What, it’s the national archery team we’re talking about? No matter, I still want him on it. That bloke can do anything.

Or, you might even pick up a fan favourite like having a stance you mustn’t back down from no matter how relevant or how obscure the numbers thrown at you are.

Stuart Broad’s rubbish. Gerrim off the team and give him a full-time job as an EPL fantasy manager! 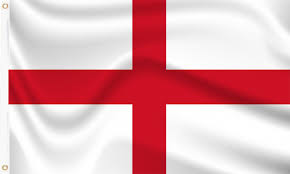 You’ll get heaps of flak for it, but don’t let it put you off. It’s all part of the experience, you’ll understand sooner rather than later. Or later rather than sooner, if you’re a Joe Root fan, and see no problem with the timing of his declarations.

But disagreements and debates and criticism must happen in the proper manner and at the proper time – which means you’re allowed to break into fistfights in the middle of the road.

But feel free to bring your arguments online. Social media is useful only for three things

There are three more Test matches to go in this series. Hopefully they’ll be just as brilliant as this one. Proceed with caution, though – the Indians are quite good at Test cricket too, and they’ve been good at it for much longer than us in the recent past.

There’s every chance that you’ll find yourself watching a Pant masterclass or an Ashwin ten-fer which takes the game away from the opposition before its supporters even get the chance to wake up. Not everyone can manage copping it every day from their spouse and their pets, after all. It’ll leave you awestruck, then bitter, then disappointed.

But don’t lose your patience with the game. We felt the same way about this team for the longest time, cursing them and blessing them at once – but they haven’t done too badly for themselves in the last few weeks, have they?

It’s going to be the ride of a lifetime. Stick around.

Welcome to the England Test team.

PS: A final word of advice. If any of your acquaintances wonder out loud online whether Keaton Jennings should be brought into the Test side again, the Laws of the Game compel you to change their password, break their laptop, and stuff it inside the cupboard where we keep all our cricketing memories from the 90s. Also, throw the key away.